The designations of origin

Galicia has a rich wine growing heritage, covering a large part of the territory and which is determined by the climate, the soil, the grapes cultivated, the type of wine, its people and its culture. Producers can qualify for one of the five Designations of Origin or four Protected Geographical Indications (Viños da Terra) which regulate the quality of the grape and of the wine in Galicia.

Designations of Origin are regulated through Regulatory Councils, whose principal functions include the control of origin, quality certification, market control and the promotion of the products they cover in order to offer consumers every guarantee. The Councils also ensure the care and protection of those wines included in each designation, as well as the promotion of the Designation of Origin and of the wines covered.

"Viños da Terra" are Protected Geographical Indications. These include those areas that produce quality wines but in smaller quantities than in the D.O., owing to their reduced geographical size and the small number of wineries that make them up. 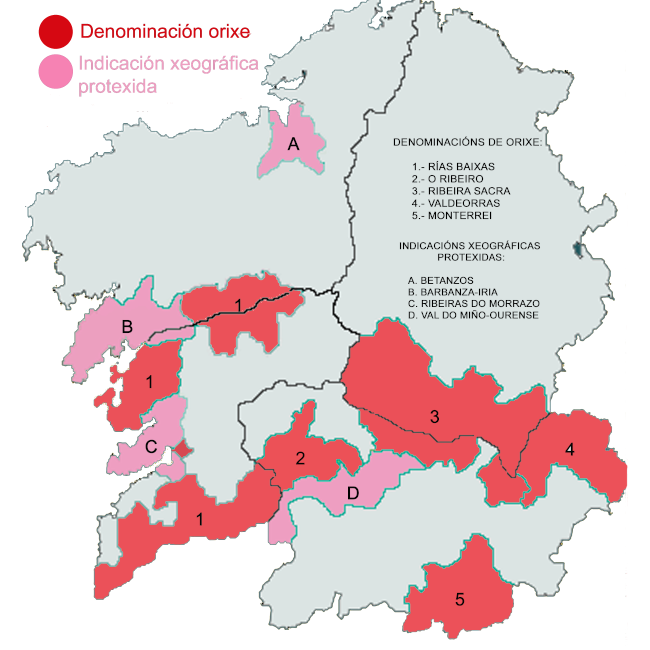 The wines of this D.O. are produced in the north-eastern part of the province of Ourense, occupying part of the Sil, Xares and Bibei river basin. The landscape of this area is highly characteristic, with vines on granite and tile floors, red and black soils, and caves or cellars excavated in the land with typical ventilation chimneys called "refugallos". 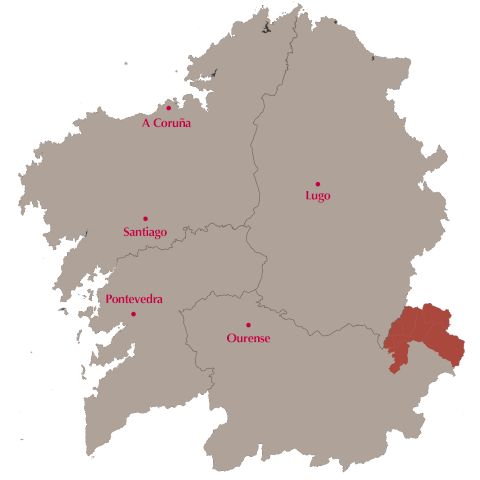 Popular belief attributes the name of this denomination, Ribeira Sacra, to the region’s monastic history. Numerous religious orders were established here, promoting the cultivation and production of wine. Nowadays, some of the churches or monasteries scattered over the vine-covered slopes can be visited.

Following the courses of the rivers Miño and Sil, and their tributaries, the Ribeira Sacra has five sub-areas in the south of the province of Lugo and in the north of Ourense. The rivers flow through near vertical gorges and canyons, owing to which the vines are cultivated on terraces or socalcos, on steep slopes that are difficult to work and mechanise. Accordingly, the viticulture received the name of "heroic viticulture". 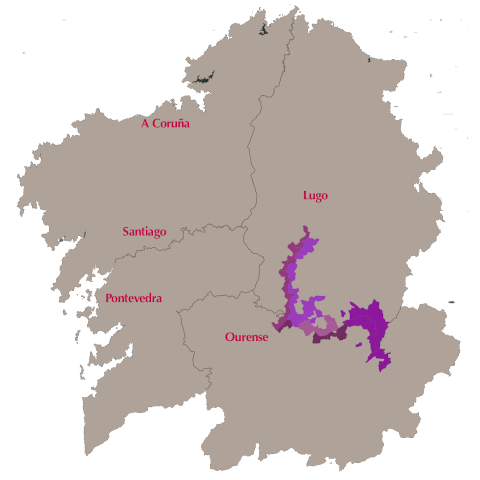 This is the Galician designation of origin that covers the largest area. As its name suggests, it is located mainly in the coastal areas around the Rias Baixas. Vineyards are plentiful in the lower reaches of the rivers Ulla, Umia, Oitavén, Xabriña and Miño, and the tributaries, the rivers Tela and Rubio. The altitude of these areas rarely exceeds 300 meters.

The training system here is characteristic, with the vines being raised above the ground to take full advantage of the sun's rays, better control their growth, and limit the fungal diseases produced by the high environmental humidity. 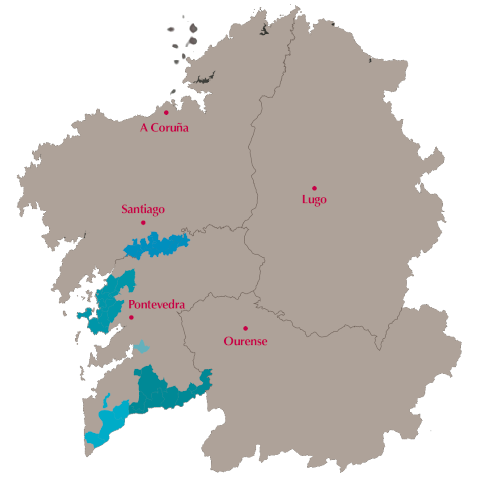 The salient feature of Monterrei wine is the climate in which it is produced, which is of a more temperate, drier character than in the rest of Galicia. This inland, more Mediterranean, eco-climate is highly suitable for the cultivation of the vine. Its designation runs along the valley of the river Tâmega, a tributary of the Douro, and the surrounding slopes in the south-eastern part of the province of Ourense. The greater the altitude, the more difficult the cultivation becomes, but also the better the quality of the grape. The Monterrei varieties were traditionally cultivated in Greek urns, with no training systems. Nowadays, vines are trained on espaliers. 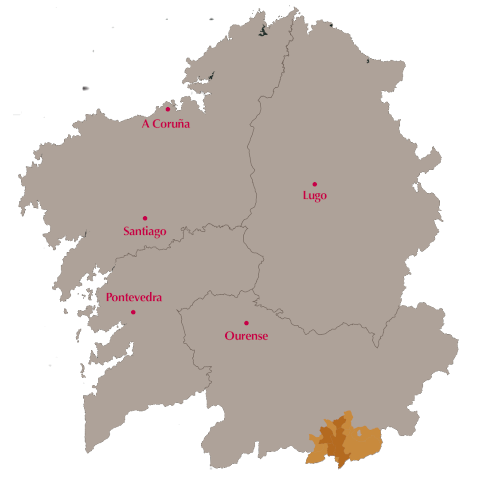 This designation covers the valleys of the rivers Miño, Avia and Arnoia, in Ourense, and is bounded by mountain ranges that temper the arrival of rain from the Atlantic Ocean. The climatic conditions are therefore exceptional for vine growing. The typical landscape of this area is stepped slopes, created by terraces or socalcos which overcome the steepness of the land in order to take full advantage of it. 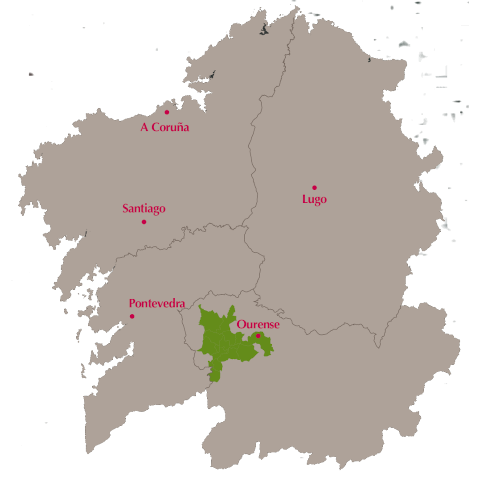 The production area comprises the grape-producing zones of the municipalities of Boiro, Catoira, Dodro, A Pobra do Caramiñal, Rianxo, Ribeira and Valga, Lousame, Padrón and Porto do Son, in the south of the province of A Coruña, and Pontecesures (Pontevedra).

This designation includes wines produced, processed and bottled in the wine-growing district of Betanzos, which covers the municipalities of Bergondo, Betanzos, Coirós, Miño and Paderne, Abegondo, Oza dos Ríos and Sada.

The production area covers is made up of the municipalities of A Peroxa, O Pereiro de Aguiar, Coles, Ourense, Barbadás, San Cibrao das Viñas and Toén. Excluded from the indication are areas over a height of 350 metres and those belonging to the D.O. RIBEIRO.

This includes the production from the municipalities of Redondela, Vilaboa, Cangas, Moaña, Bueu, Marín, Pontevedra and Poio.