This is Galicia’s second white grape, the principal one in the Ribeiro area and the third one in terms of production in the Monterrei, Rías Baixas and Ribeira Sacra areas, although in last case with much less production. It is one of the oldest varieties in Galicia, with the earliest historical reference dating back to the 18th century.

A late-emerging and late ripening variety, sensitive to altitudes and which obtains its best results when cultivated in dry, sunny valleys and slopes. Medium fertility. Small and medium sized cluster, with tight, elliptical grapes, of golden tones with with violet highlights, justifying the name of “verdello rubio” by which it is also known. Thick, relatively tough skin which gives it its name.

The wines it produces are highly aromatic, balanced and singular, with fruity, floral notes. This high-quality grape can achieve alcohol contents of up to 12-13 degrees, with significant acidity. Quintessential noble variety in the Ribeiro area. Although single-varietal treixadura wines can be found, the majority are blends with other native varieties, such as torrontés, godello, loureira, lado and albariño, among others. 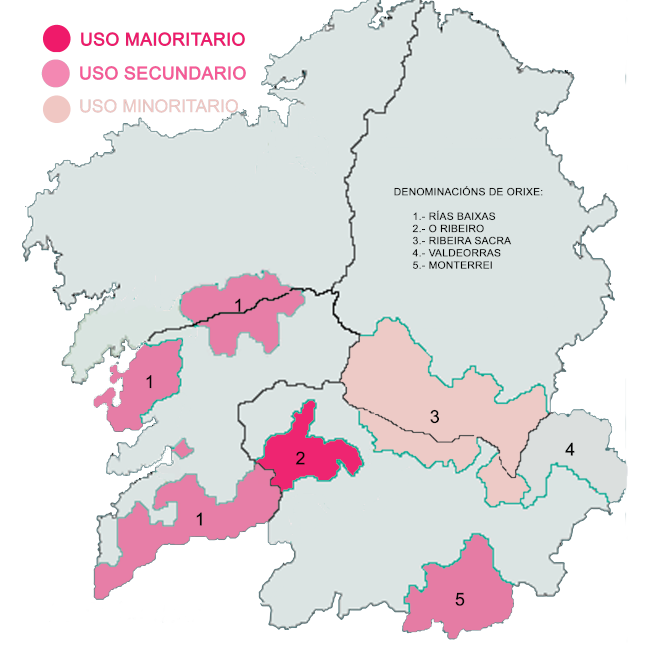 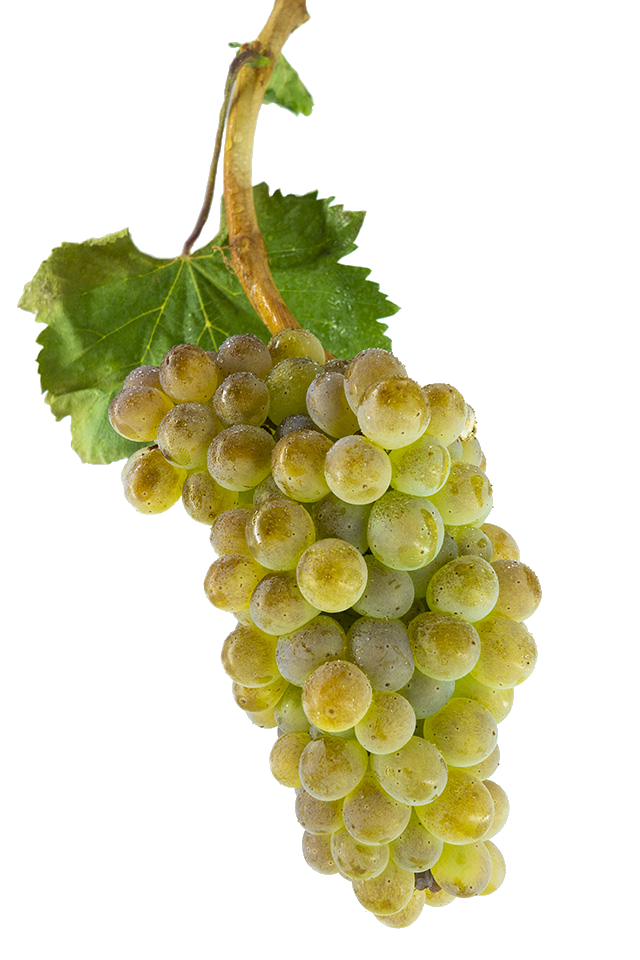