In centuries gone by, the brancellao, brancello or albarello grape was widespread throughout Galicia; nowadays, it is the fourth most widely used Galician red variety. The oidium plague at the end of the 19th century led to its abandonment, it being replaced by mencía and garnacha tintorera. Currently, in terms of production, it is the fourth red grape in Galicia; its cultivation is being recovered and is gaining ground among old and new vineyards alike in the Ribeiro, Ribeira Sacra, Rías Baixas and Valdeorras areas.

The clusters are medium sized, elongated with low to medium compactness. Small ellipsoid grapes, violet in colour, with thick dark blue skin, pigment-free pulp with little consistency and fairly juicy. It is normally used to complement other varieties, providing an increased aroma of red berries, as well as fleshiness of volume, although it is also used in single-varietal wines.

An easily ripened variety of medium production. Most frequently used to produce well structured, moderately coloured, multi-varietal wines with subtle, penetrating aromas reminiscent of fruits of the forest, although high quality single-varietal wines are starting to be produced. The traditional wines in the Ribeiro area blend this variety, used as a base, with the unique aromas of caíño and the minority contribution of tintilla or sousón. 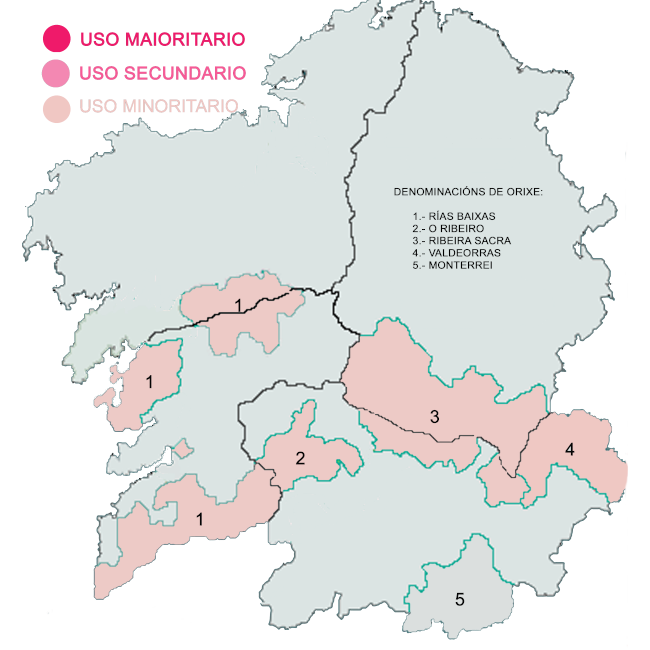 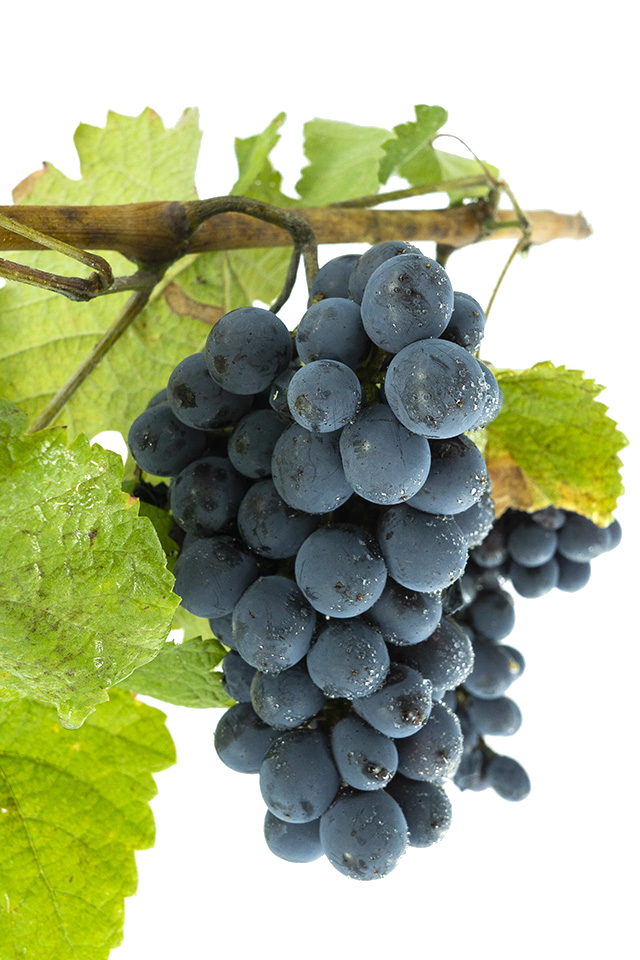